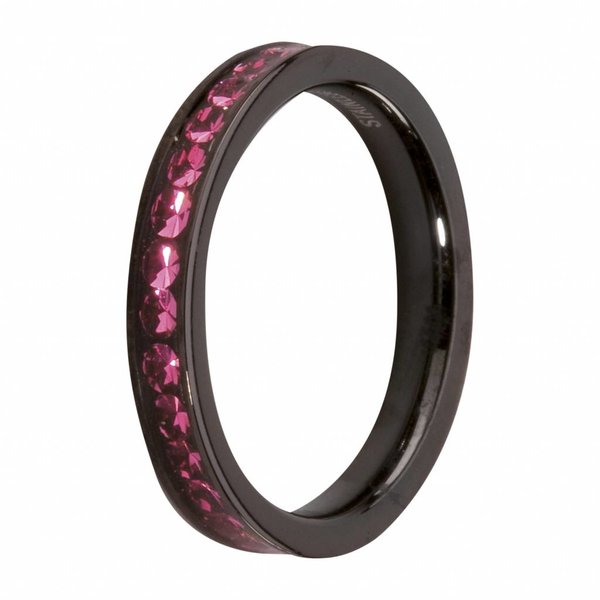 MelanO has a whole collection of fun and affordable siderings, also known as slide rings. All these rings can be combined very nicely and easily with the various MelanO ring collections, such as the MelanO RVS Rings, MelanO Twisted Rings and MelanO Cameleon Rings. In addition, the MelanO Side Rings can also be elegantly combined with each other or worn separately. This black plated stainless steel extension ring is set with lovely pink zirconias which forms a nice contrast with the intense black color of the coating. A transparent coating has been applied over the zirconias.